Eight Things Everyone Needs To Know About HIV/AIDS 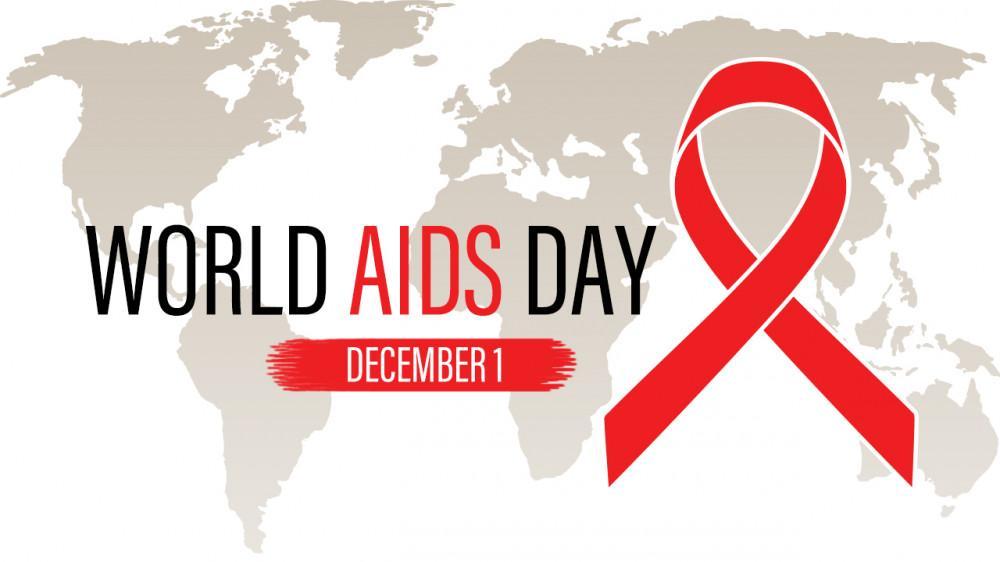 In honor of World AIDS Day, which falls on December 1st every year, we wanted to take time out on the blog this week to talk about the signs and symptoms of HIV/AIDS, and let patients know what can be done to prevent, detect and treat HIV, which is by far the deadliest sexually-transmitted disease.   Here are eight key things every patient needs to know.

1) What’s the difference between HIV and AIDS?

2) How is HIV transmitted?

HIV is transmitted through contact with the bodily fluids of someone who’s HIV-positive.  This can include contact with seminal fluid, vaginal secretions, blood and breast milk.

Other risk factors include being a gay or bisexual male, injecting IV drugs with used needles and exchanging sex for money.  African-American and Latino patients have higher rates of HIV infection, as do all males between the ages of 25-34.

In a word, YES! There are several effective ways to prevent HIV infections.

HIV transmission drops dramatically when patients use condoms properly, and when they avoid contact with used hypodermic needles.  In men who have sex with men, taking a pre-exposure prophylaxis (PrEP) medicine called Truvada once a day is 99% effective in preventing HIV infections.  And in those who have a known exposure to HIV, starting post-exposure prophylaxis (PEP) medication within 72 hours of the exposure significantly lowers the risk of HIV infection.

While it’s important to remember that the only way to know for certain whether or not you’re infected with HIV is to have a blood test done, there are symptoms that the majority of newly-infected HIV patients experience within 2-4 weeks of exposure.  These symptoms include fever, weight loss, night sweats, sore throat, swollen lymph nodes, prolonged diarrhea, mouth sores, fatigue and muscle aches.

6) Does it matter when HIV is detected?

When HIV is detected early, patients have significantly lower rates of HIV-related diseases and death.  Also, the earlier patients start on HIV treatment, the lower their risk is of transmitting HIV to others.

7) When should patients be tested for HIV?

Unfortunately, approximately 20% of HIV-infected people in the U.S. don’t know they have it.  It’s crucial that anyone who has symptoms of an HIV infection (see #5 above) undergo HIV testing as soon as possible.

8) How effective is HIV treatment?

The World Health Organization (WHO) estimates that since the beginning of the HIV/AIDS epidemic in the early 1980’s, 70 million people around the world have been infected with the virus, and half of those patients have died due to complications of the disease.

The good news is that there are now multiple medications that are effective in halting the progression of HIV, eliminating complications from the infection, and decreasing the transmission of HIV.  Millions of people who would have otherwise died from complications of HIV and AIDS now often live decades longer due to effective treatment options.

These medications, called highly active antiretroviral therapy (HAART) have been on the market since the late 1990’s, and significant advances continue to be made in the treatment of HIV/AIDS.

At Golden Gate Urgent Care, we have rapid HIV testing that gives you the result in less than 20 minutes!  Whether you need an STD check or treatment for an illness or injury, make an appointment online or simply walk in to any of our six Bay Area locations to get the care you need.

Author
Sarah Thebarge MMSc, PA-C Sarah Thebarge earned her physician assistant degree at Yale School of Medicine, and then studied journalism at Columbia School of Journalism. She has been a physician assistant and a freelance journalist since 2004. In addition to caring for patients at Golden Gate Urgent Care, Sarah frequently volunteers her medical skills in the developing world. Her writing has appeared in Huffington Post, USA Today and National Geographic, and her blog was featured on MSNBC.com. She is the author of the memoir The Invisible Girls and the upcoming book WELL: Healing our Beautiful, Broken World from a Hospital in West Africa. She currently lives in the Mission District of San Francisco. 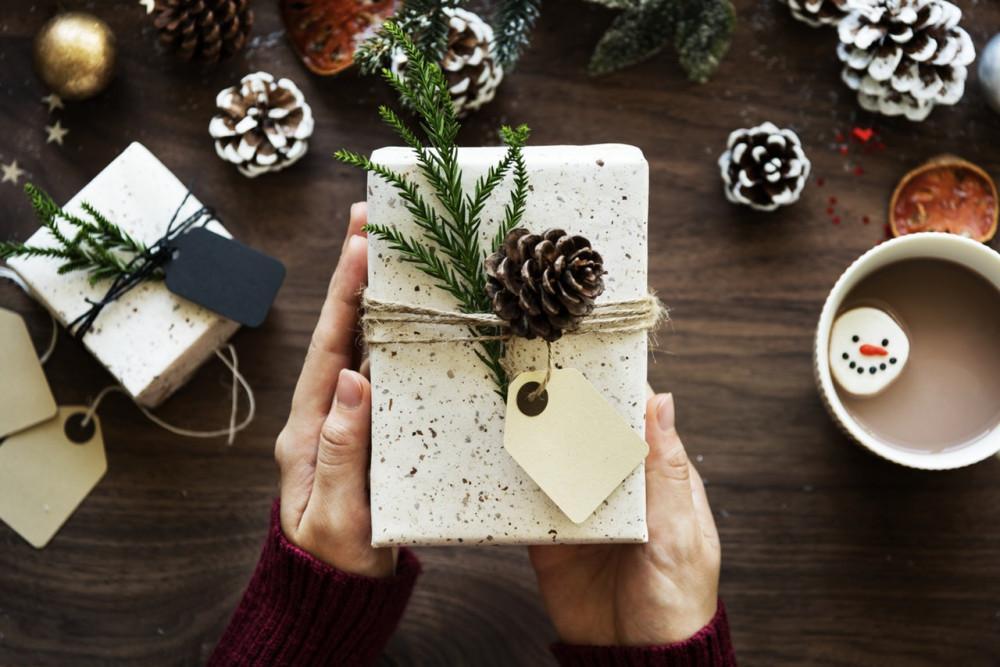 The Four Best Ways To Stay Healthy During The Holidays

Now that the holiday season is in full swing, it’s important to take steps to stay healthy so you can enjoy the festivities with your family and friends. Here are four of the most important things you can do to stay healthy this year. 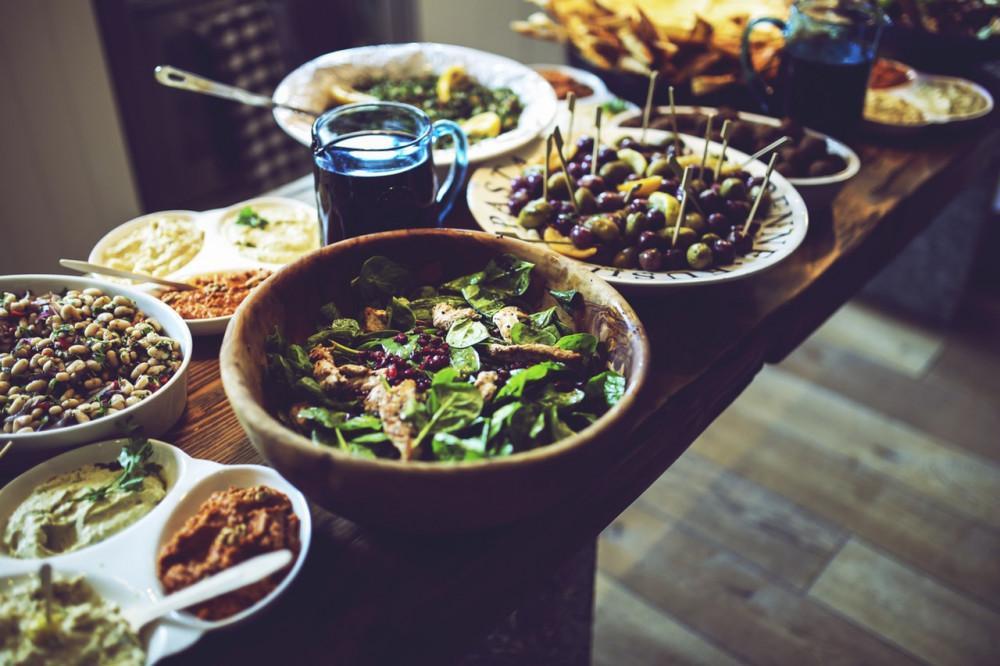 Easy Ways To Cut 500 Calories From Your Thanksgiving Dinner

The Calorie Control Council estimates that Americans eat more than 4,000 calories on Thanksgiving Day. Here are five simple ways to trim 500 calories from your Thanksgiving dinner this year. 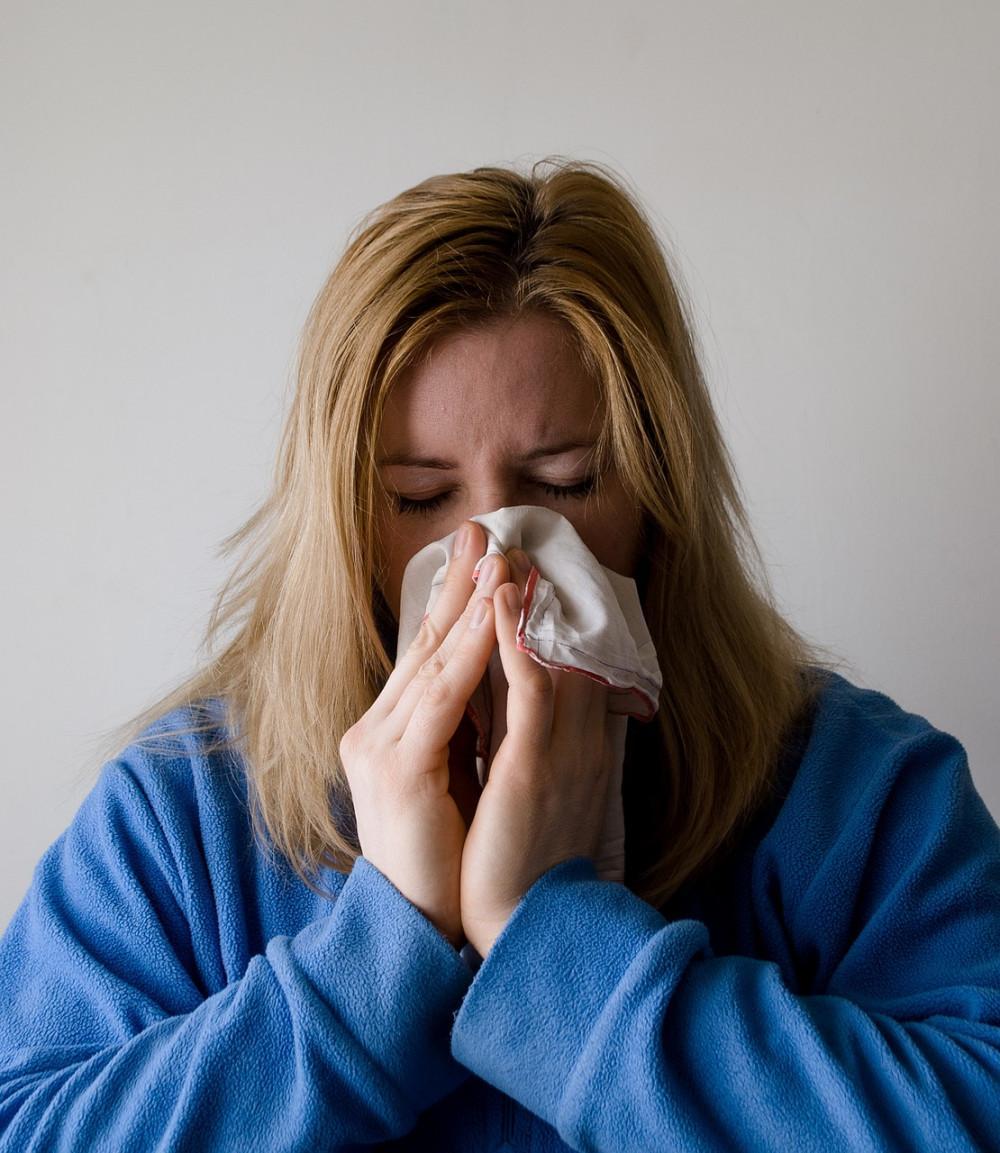 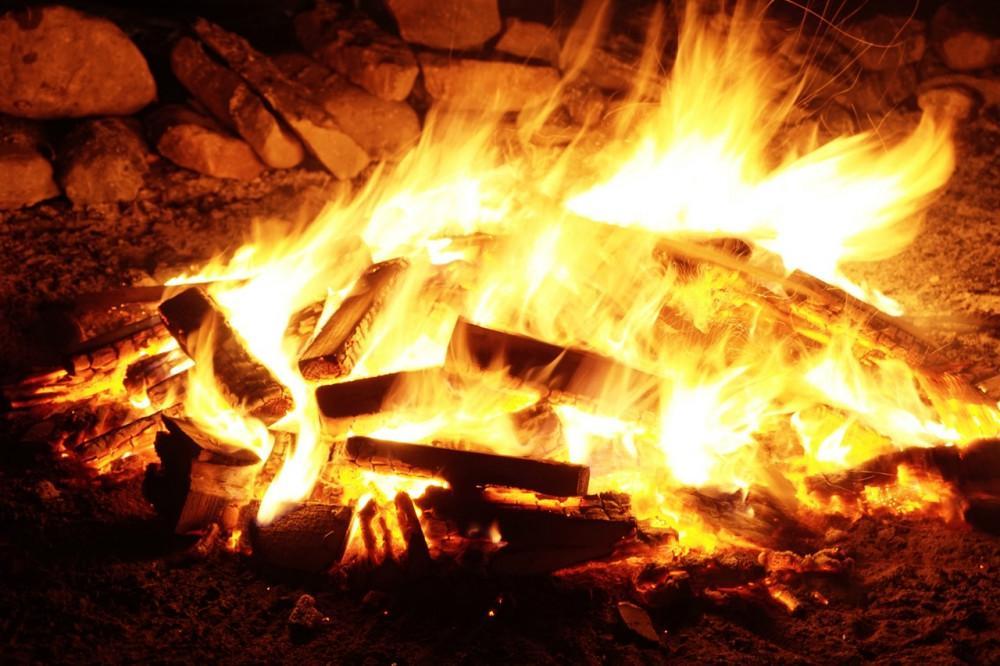 Five Ways To Protect Your Lungs During A Wildfire

In Northern California, the smoke from the Camp Fire and other fires has traveled quickly, blanketing the Bay Area with air that’s as polluted as the air in Beijing. Here are five ways to protect your lungs when the Bay Area is affected by wildfire smoke. 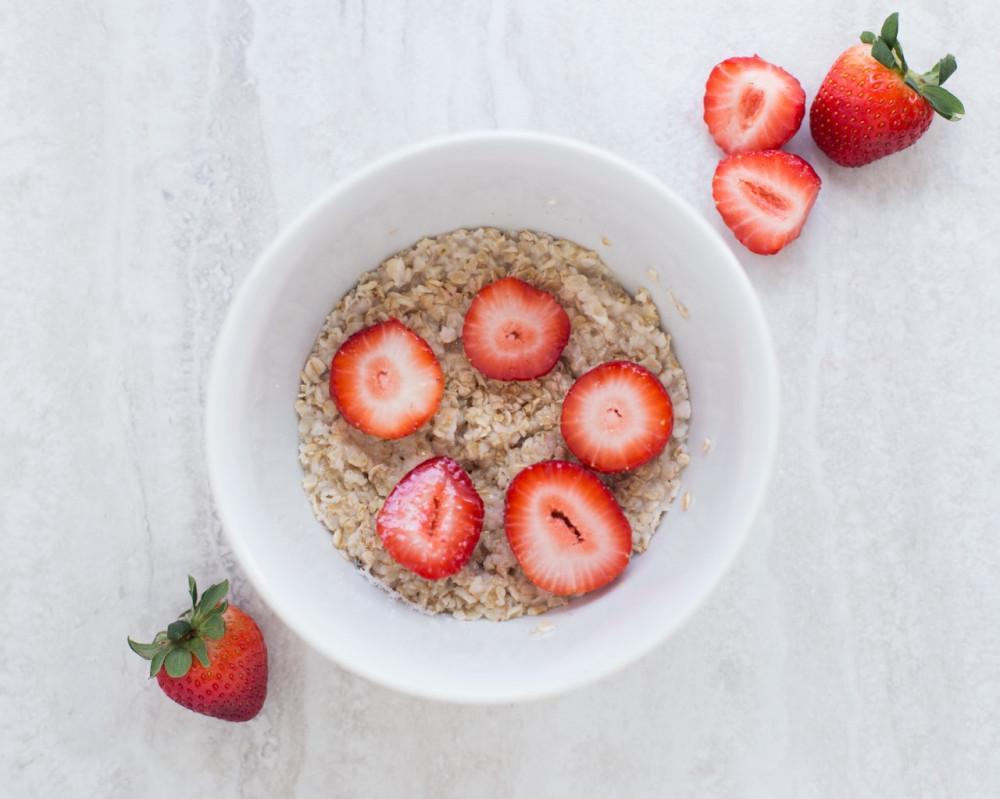 Three Ways To Lower The Risk of Diabetes

November is National Diabetes Awareness Month, so we’re taking time out on the blog to share three ways to lower the risk of contracting this serious, potentially life-threatening disease that affects 30 million Americans. 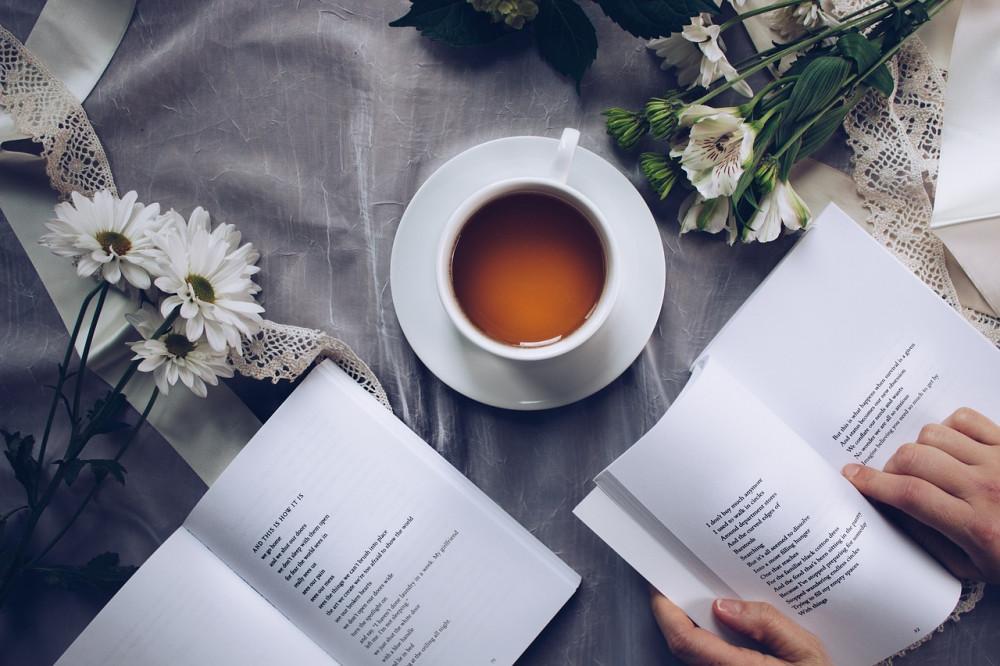 Adults in the U.S. gain an average of 5-7 pounds in winter months, and most don’t take it off, which leads to a lifetime pattern of weight gain. Here are four simple steps everyone can take to avoid unhealthy weight gain this winter!